Donald A. Windsor    Norwich, NY
Post #6
Hosts seem to be unable to repel parasites at the species level. If they were able, they would be parasite free, which they are not. In fact, some parasites have coevolved with their hosts in a continual arms race to the point where the hosts seem to be addicted to their parasites.

Why? Why is parasitism a property of life? Why is it so widespread? What is it that parasites do to maintain the susceptibility of their hosts? Why cannot hosts evolve to repel the parasites that harm them?

Predation is a property of life, but it is external to the prey, so the prey cannot do much about it. But parasitism is based on easy entry, so hosts do have a chance to thwart entry. Perhaps parasitism is a form of predation. But, even if it is, it is different enough to warrant special study.

Sure, this is speculation on my part, because I have no data to support it. However, I prefer to regard it as a working hypothesis, one that can be tested by looking for parasite cookies. 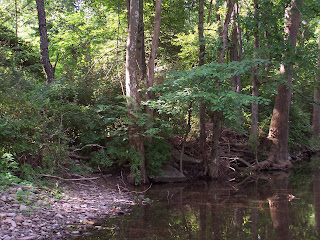 Charles Darwin (1809-1882) found it "interesting to contemplate an entangled bank" (1).  So too do I.  However, I see something that Darwin did not.  I see the actions of parasites.  For without parasites, our entangled banks would be uninteresting monocultures.  Sometimes monocultures do take over banks; Kudzu, the invasive alien from Japan, is a splendid example (2).  But not to worry, because eventually pathogenic parasites will strike and once more the bank will regain its entangled diversity.

I was first exposed to Darwin's entangled bank while a grad student in 1959, when our department celebrated the centennial of the Origin of Species.  About two decades later, when I began serious investing, the stock market seemed to be an entangled bank.  Adam Smith (1723-1790) invoked his "invisible hand" as a very apt metaphor to depict market activity (3).  I put Darwin and Smith together and then wondered what Darwin's invisible hand might be.

Almost two decades later I was studying systems science (math and computers), so I saw Darwin's invisible hand as an emergent property of ecosystems, a case of the whole being more than the sum of the parts.  End of story.  Or so I thought.

But then I experienced a powerful epiphany.  My dissertation research in the 1960s involved blood-feeding parasites (4).  Unfortunately, I had to give up parasitology to earn a living.  I worked as an information scientist in pharmaceutical research.  When I retired in 1994, I tried to catch up with the past three decades of parasitology literature.  I rapidly read through it in a year and a half.  This fast-forward approach led me to this epiphany moment.

I realized that parasites actually ruled the biosphere and that parasitologists were so preoccupied with their day to day activities that they were not seeing the big picture.  That was when I created the concept of biocartels (5) and then realized that most of the species on Earth are parasites (6).

However, I still wondered why.  Now (finally) I think I know.  Parasitism is an inherent property of life (7).

I also now realize that the invisible hand managing Darwin's entangled bank is the vast insidious handiwork of parasites.  Without parasites, biodiversity would be much less diverse.

1.  Darwin, Charles.  On the Origin of Species by Means of Natural Selection, or the Preservation of Favoured Races in the Struggle for Life.  First Edition. 1859.

7.  Windsor, Donald A.  Parasitism as a property of life.  Frontiersin.org/blog/Parasitism_as_a_Property_of_Life/356

Posted by Donald A. Windsor at 7:10 AM No comments:

Post #4
Parasitology is a descriptive and experimental field.  However, enough information has been accumulated to enhance it with a theoretical component.  So I present here nine hypotheses for testing.

1.  Most of the species on Earth are parasites.

2.  Parasitism is an inherent property of life.

3.  Parasites harm their individual hosts but can benefit their hosts at the species level.

4.  Parasites can transfer genetic and epigenetic material between host species, even between hosts in different kingdoms.

6.  Parasites are drivers of speciation.

7.  Parasites are drivers of biodiversity.

8.  Parasites are drivers of ecosystems.

9.  Parasites are drivers of evolution.

I suspect that there are more hypotheses, but I will deal with these for now.

Posted by Donald A. Windsor at 7:32 AM No comments:

PARASITISM IS A FORM OF PREDATION

From the beginning, life seems to have been based on the consumption of nutrients.  The wide range of different processes for obtaining those nutrients is reflected by the vast biodiversity on Earth.  Many organisms have specialized in obtaining nutrients by consuming other organisms through predation.  Many parasites prey upon other organisms by an intimate form of predation.

I am not merely playing with words here.  The distinction between a predator and a parasite became very real to me when I was working with an undeniable parasite, Paragonimus kellicotti, a lung fluke in mammals.  This trematode ingested host blood from its position in its host's lung.

I wondered how its tetrapyrrole metabolism compared to that of the blood-sucking leech, Hirudo medicinalis.  I wanted to use the leech as an easier to raise stand-in for the fluke.  But is this leech a predator or a parasite?  Is the female mosquito a predator or a parasite?  Mosquitoes consume a blood meal in just a minute or so.  In my lab, leeches fed on guinea pigs for a few hours to over a day.  The lung fluke can persist in place for years.  Is the difference between a predator and a parasite a mere matter of time?  Or is it internal versus external?  How about a blow fly maggot eating dead flesh on a living host?  Or an ichneumon wasp larva developing in a live caterpillar?  What about fleas and ticks?

PARISITISM AS A PROPERTY OF LIFE

If every living species were either a host or a parasite or both, then there would be no doubt that parasitism was an integral property of life.

Unfortunately, every living species has not been studied to the depth necessary to ascertain this information. However, enough species have been, so it does seem reasonable to make this assumption.

Why bother? Because the opportunity to see if this property is restricted to Earth, or is universal. Mars is currently being investigated. All properties of life should be looked for. If parasitism is found on Mars, then we can be more confident that parasitism is a universal property of life.

If life without parasitism is found on Mars, then we will be able to see why life on Earth carries such a parasitic burden.

Posted by Donald A. Windsor at 5:05 AM No comments:

Donald A. Windsor
Norwich, Chenango County, New York, United States
Doing research and writing about it are my main interests.